Choose your country to see the products for your location 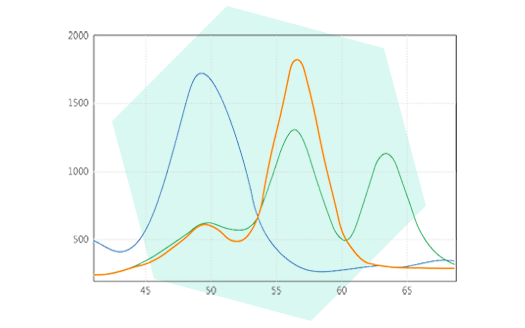 Spinal muscular atrophy (SMA) is a severe neuromuscular disease caused by the loss of functional copies of the SMN1 gene. In most populations, 95-98% of SMA cases are due to the complete loss of the SMN1 exon 7-specific DNA sequence. In late 2016, the first treatment for SMA became available with the introduction of nusinersen (Spinraza®, Biogen Idec), a therapy that is best administered presymptomatically. As a consequence, newborn screening for SMA has become attractive, as illustrated by the recent addition of SMA to the Recommended Uniform Screening Panel for newborns in the United States. Worldwide, there is an emerging need for fast and affordable SMA newborn screening solutions.

SALSA MC002 SMA Newborn Screen has been specifically developed with newborn population screening in mind. It is the first SMA neonatal screening assay that is CE-marked for in vitro diagnostic use in Europe. The low-cost assay does not require sample DNA purification and has a turnaround time from dried blood spot (DBS) card punch to sample results in around four hours. No absolute copy numbers are determined aside from zero, eliminating incidental carrier identification. Compared to qPCR-based assays, SALSA MC002 SMA Newborn Screen is more robust and less sensitive to sample-to-sample contamination. The assay is compatible with thermocyclers that have melt curve capabilities and does not require additional software, making assay implementation effortless. MRC Holland has been providing reliable genetic tests for over 15 years, and this latest development provides the solution newborn SMA screening programs have been waiting for.

MRC Holland is a biotechnology company specialised in the production of assays for gene copy number and gene variant detection. MRC Holland is best known as the producer of Multiplex Ligation-dependent Probe Amplification (MLPA®) assays, including various assays for SMA patient and carrier detection. MLPA continues to be the gold standard in the field of gene copy number detection, and MRC Holland’s 400 different MLPA assays are used on millions of samples every year. It is MRC Holland’s mission to manufacture and distribute affordable and reliable genetic tests worldwide. The company’s products are easy to use and implement into research and diagnostic settings, as they run on standard laboratory equipment, use standard platforms and free MRC Holland-developed software for MLPA analysis. To learn more, visit www.mrcholland.com.

This site uses cookies to help improve your online experience. Learn more
No, thank you accept

Choose your country to see the products for your location